They entered to learn. And now, they leave to serve.

On Saturday, May 21, Augustana University recognized more than 400 men and women from throughout the U.S. and around the world at the 2016 Commencement ceremony.

After completing their studies at Augustana, these future nurses, teachers, entrepreneurs, journalists, doctors, artists, scientists, ministry workers, and business professionals earned their diplomas — and the distinction of being the first graduating class of Augustana University following the institution's name change last fall — and heard a resounding call from each of the ceremony's speakers: go out and serve others.

Surrounded by thousands of their biggest fans — family, friends and professors — 338 graduates participated in the ceremony, held at the Sioux Falls Arena. An additional 87 students graduated  in absentia for a total class of 425 graduates. 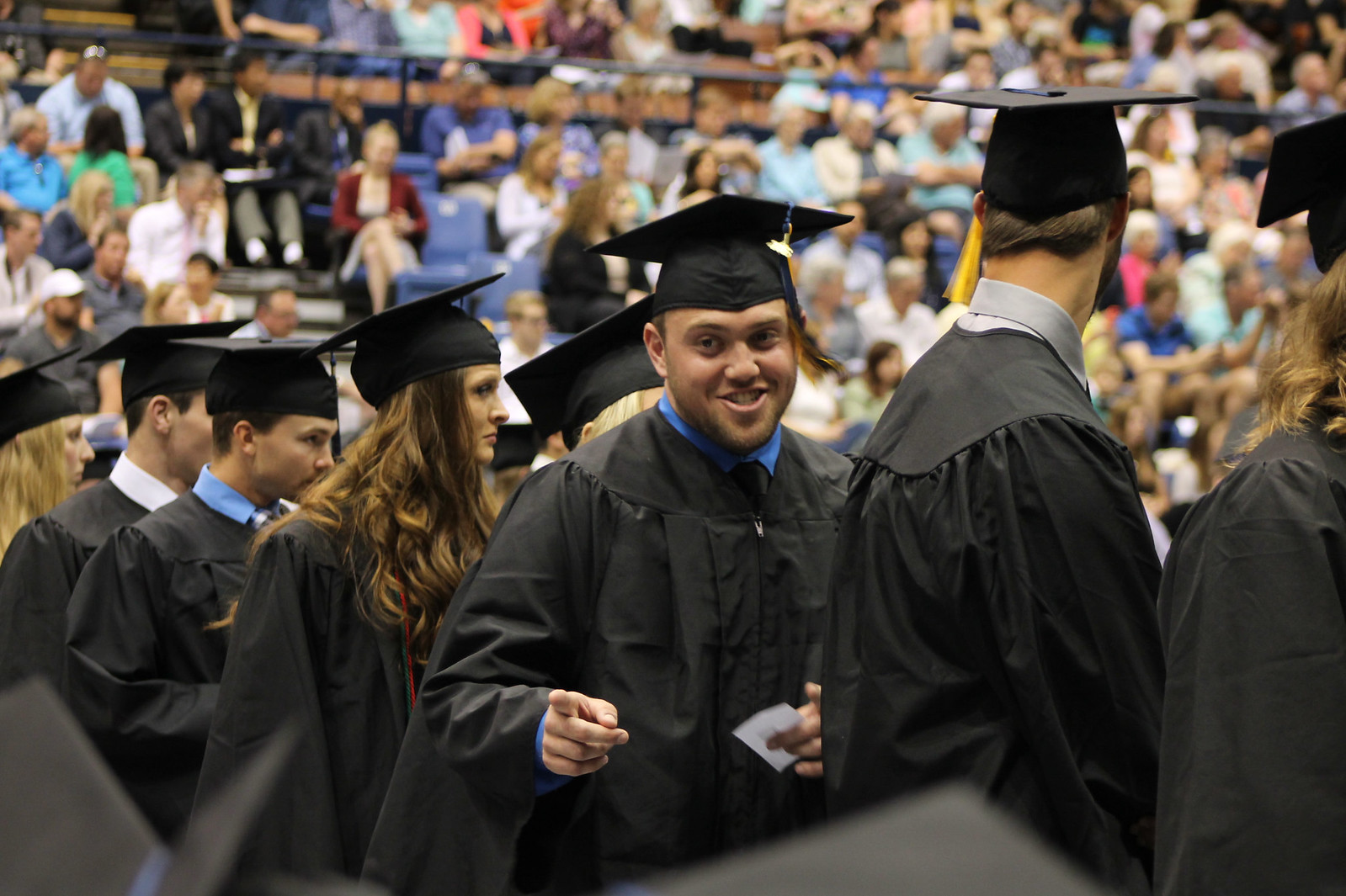 Watch the Webstream
Watch a replay of the Commencement 2016 webstream

A member of Civitas, Augustana’s honors program, Kocher also serves as editor of The Mirror, the University’s weekly student newspaper — an experience she said affirmed her decision to pursue a career in journalism. As a student at Augustana, Kocher studied abroad in Scotland as a Distinguished Scholar and in India over J-Term. Most recently, she worked with a fellow student to produce "Over the Bridge," a short documentary film on homelessness in Sioux Falls. The film recently won the Sioux Empire Film Festival's Jury Award for Social Impact. She also works as a Viking Advisor for East Hall, is a tutor in the Writing Center, and is a member of the Visual Arts Club. Following graduation, this summer Kocher will complete a communications internship at a Lutheran Bible camp near Omaha, Nebraska. In August, she’ll travel to Europe for a year-long position with Young Adults in Global Mission (YAGM) before pursuing positions in the journalism field.

Hokenstad is the Ralph S. and Dorothy P. Schmitt professor at Case Western’s Mandel School of Applied Social Sciences and serves as professor of Global Health in the University’s School of Medicine. Learn more about his career and service.

In recognition of his many professional achievements, Augustana presented Hokenstad with an Honorary Doctor of Humane Letters degree during the Commencement ceremony.